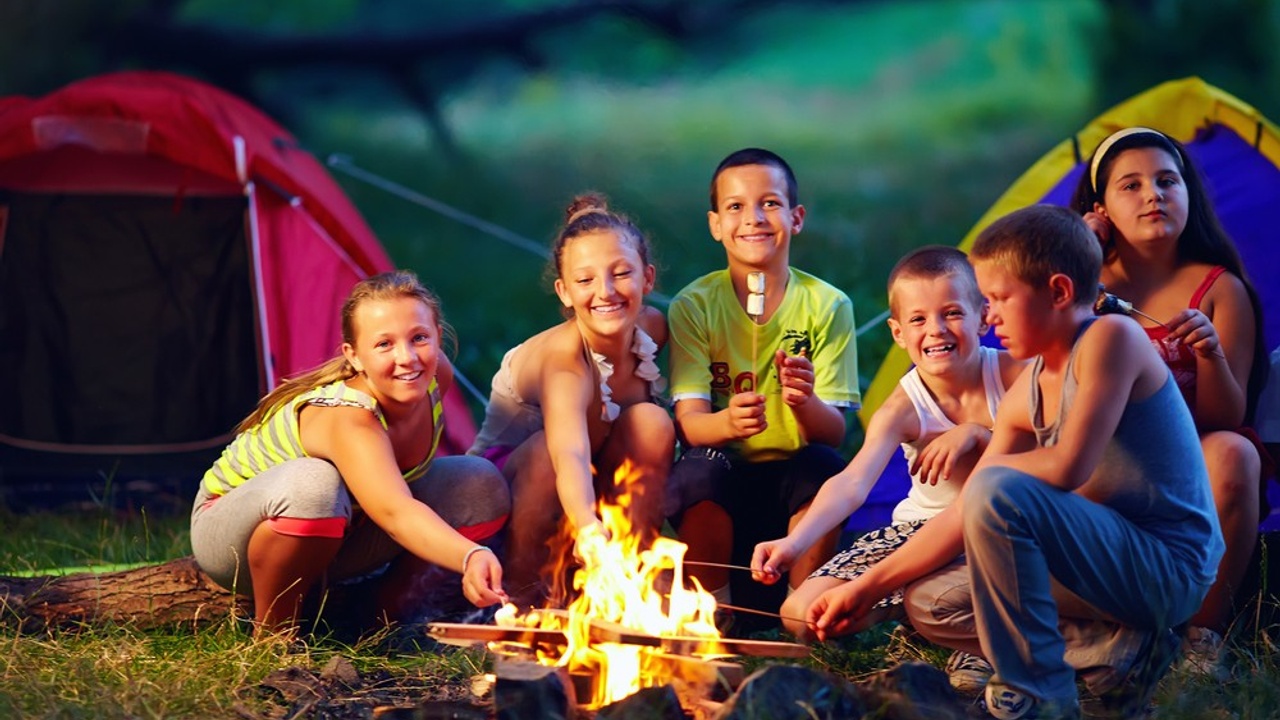 In the first week of school holidays in Victoria, Australia, I accompanied 25 young Victorians on a three-day holiday adventure camp – with a twist.  This camp had all the usual trappings of a school holiday camp: water-based activities, a campfire session with marshmallows, an obstacle courses and a flying fox – but it was also an immersive experience in Chinese language.

The students were aged 9 to 12, both girls and boys, and mostly beginners at Chinese, though some had a couple of years of Chinese under their belts. Students took part in short, sharp language input sessions that provided language they could use throughout the day as well as to complete the adventure tasks; they were simultaneously immersed in Chinese language by camp leaders, two of whom were native Chinese speakers.

I was amazed at how quickly the students, all beginners, picked up the language – how much they learnt in three days. Their listening comprehension vastly improved and they applied new words into real situations to communicate to the camp leaders, all while enjoying the experience.

I noted 5 key factors that ensured this was possible:

All accompanying adults (native and non-native speakers of Chinese) spoke Chinese as much as possible to the students throughout the experience. Of course there were times when we switched to English, but as the days went by, those situations became noticeably less needed.

Students relaxed and became notably more confident at looking for contextual clues around language used. For example, the pointing to a watch whilst saying numbers would indicate the time was being told, or the number of fingers being held up at dinner time when being asked how many items they wanted, told them they were being asked to indicate if they wanted one or two of an item.  Alongside improving their Chinese, they improved in considering context and looking for other clues to find out the meaning – a skill that all good language learners do.

One of the first phrases they all learnt was ‘How do I say X?’ in Chinese.  This empowered students to take ownership of their own language learning, to build their vocabulary, and to be curious about the language. This paid off immediately: on the first day one student asked me how to say ‘cold’ and then used it to form a phrase to tell me she was cold. She used this phrase again on day 2 and day 3 when she was actually cold and wanted to get more warm clothes, and her sense of pride in her ownership of learning was noticeable. For anyone who has learnt a second language, they will know the great satisfaction in using new language and being understood.

One of the highlights for me was when the Adventure Camp staff started to use the Chinese language themselves when instructing the students on how to complete a task: ‘Kuai’ (quickly) or ‘When you “gun” (roll) the wood, hold it tight.’ This shows how easy it is for anyone to pick it up if the context is fun and the learning is non-threatening.

Three days is a long time when you’re starting at 7.30 a.m. and finishing at 8 p.m. Throughout the day, students were both immersed in Chinese and learnt Chinese themselves that they attempted to apply to the camp context.  The first lesson started before we even got to the camp – on the bus! By the time we had arrived at camp, two and half hours later, all the students had learnt to count to ten and learnt a song in Chinese about friends.  A short input before breakfast or lunch gave them language to ask for or refuse breakfast items, and input before an activity gave them the language they needed to complete the task or assist them to make the task easier.  Every opportunity was used as a ‘teachable moment’, presenting endless new learning opportunities; for example, asking what time they would go to bed, how old a camp instructor was, or how many marshmallows they were allowed at the campfire. As there were three full days, the camp leaders could also quickly build on new language presented. In regular classes, often a whole week goes by before students get to review the previous week’s vocabulary and use it to build new language, and they may not hear a single word of Chinese between those two lessons.  At camp, one lesson quickly followed another, and opportunities to review and apply were endless – a language teacher’s heaven!

A school holiday adventure camp is, by nature, social. The games and activities, communal bunk dorms, and shared eating halls all meant that students could use their new Chinese in a range of social contexts. And we know that learning is a social experience.

While raft-building, the students worked in teams, counting down as they pulled and pushed materials to build their raft quicker than the other team.  They used the new language to complete the tasks, but also to interact with each other.  When one teammate was late, you could hear them shout, ‘kuai, kuai’ (quickly, quickly), and the two team captains used Chinese (learnt on day 1) to get their teams lined up ready for activities.

The language used throughout the day was essentially high frequency, transactional-type language that students would hear and could use again in daily life.  For example, phrases such as ‘I want to go to the bathroom’ or ‘I want two, please’.  At mealtimes, the teachers became ‘camp cooks’, distributing the food, and students communicated which foods they did and didn’t want simply by pointing and saying ‘wo yao’ or ‘wo bu yao’ (I want or I don’t want). Students quickly learnt this phrase!

When asked what time the next meal, activity or bedtime was, camp leaders replied in Chinese, requiring students to use the numbers they had learnt on the bus on the first day.

The absence of unrelated language, devoid of a daily context, meant that students could immediately see the relevance of what they were learning, providing them with further motivation.

Students used Chinese to complete and communicate with each other while doing a wide range of games and activities. They used it to take turns on the Giant Swing and learnt Chinese marching chants, which they chanted to and from the tasks. After learning just four directional terms (left, right, straight, and stop) they participated in guiding fellow teammates against other teams to win a giant Easter egg, placed at the end of an indoor obstacle course. The camp leaders even braved the blindfolds to be guided in Chinese to win an Easter egg for their team – I’ve certainly never observed so much anticipation at an opportunity to use Chinese language or enthusiasm using it!

Sitting in front of a campfire, under a star-lit sky, taking part in a quiz to win the famous Chinese candy ‘White Rabbit’ is a pretty fun way to learn a language. And I suspect ‘hao wan’ (good fun) was one of the most used phrases on the whole experience – by teachers and students alike.

The three days went incredibly quickly and an overwhelming number of the students all indicated in feedback forms they had learnt ‘so much’ Chinese.  There wasn’t a textbook or desk in sight and the students had a fun and educational three days learning what was, until recently, a new language for many of them.  Several students indicated the experience had motivated them to learn more Chinese, and I wonder where we might see these bilingual students in ten years’ time.

Lottie Dowling has worked in education as a school practitioner and professional learning leader on a global, national and regional level for over 16 years in a number of roles including; educator, designer and deliverer of professional learning, capacity building, curriculum development, global competency program content development and education management. Follow Lottie on Twitter @LottieDowlingNZ.